The Winix Plasmawave 5300 True Hepa air purifier is a budget room purifier designed to handle more space at a lower price than its competitors.

Rated for spaces up to 350 square feet, this air cleaner can remove 99.97% of airborne contaminants in even the largest bedrooms and living spaces in your home thanks to its three-stage air purification system and hospital-quality TrueHEPA filter.

One of the biggest advantages of the Winix Plasmawave 5300 True Hepa air purifier – especially compared to similarly-priced purifiers – is its three-stage air purification system which can capture particles down to just 0.3 microns in size at a 99.97% effective rate.

Although the 5300 is typically considered a budget air purifier, it packs many of the same high-quality features of units two-to-three times its price.

With an included true HEPA filter, this powerful air cleaner removes 99.97% of dust, dirt, pollen and other allergens and irritants in the air. The three-stage filtration process attacks dangerous airborne pollutants such as viruses, bacteria and chemical vapors (VOCs), as well as common household odors, pet dander, smoke and more.

This system features a washable anti-bacterial pre-filter for collecting large airborne particles, a HEPA filter for capturing 99.97% of small particles; a Nano-silver mesh shield of silver particles one billionth of a meter in size to neutralize bacteria on contact, a washable carbon filter that effectively collects chemical vapors and odors and PlasmaWave Technology, which generates negatively and positively charged ions that combine with airborne water vapor to form Hydroxyls. 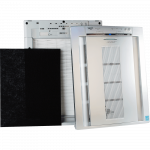 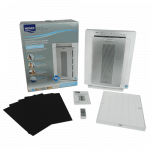 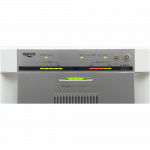 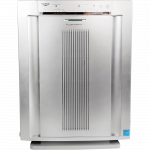 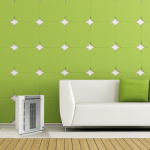 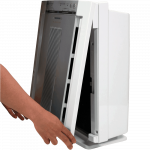 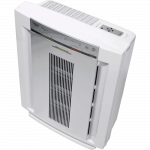 Not sure which air purifiers to choose? We have done research for you. Check out best rated air cleaners

Choose best air purifier for your needs based upon features and settings it comes with. We have already made comparison easy for you. Just click compare next to purifiers you are interested in!